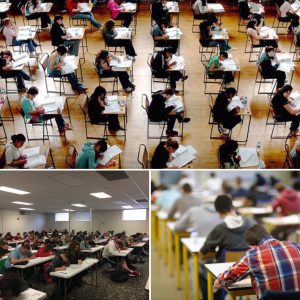 I loved teaching Advanced Placement English! I modeled my AP class on the Honors Seminar in Literature that I took at the University of Wisconsin, Madison. Only 12 of us were placed in the Seminar out of over 5,000 freshmen. Being in this select group was an honor, a privilege, and a responsibility. I struggled to rise to the occasion, developing close reading skills and more effective and compelling writing. My professor, L. Randolph Wadsworth, was a visionary who had us engaging in Socratic dialogue, teaching each other, and reading and writing at a furious pace. We met off-campus and the level of discussion shaped my desire to teach English.

How can freshmen and sophomores do close readings and Socratic dialogues at that level? Should they? Isn’t that level of intellectual exchange a product of growth we foster in the early years of high school?

My grandchildren will graduate from high school with many AP credits and AP tests on their record. It looks like our grandson could graduate in three years if his university gives him full credit. Is that even a good thing? Economic savings, to be sure, but what would he be missing by cutting his college experience short?

My students might have groaned when I’d begin an opinionated statement with, “If I ruled the world…” but if I did, I would reinstate Advanced Placement courses as a culmination of high school studies to aspire to, a transition to college seminars, not a series of hoops to be jumped through all four years.  I’d take some of the pressure off these high school students, too many of whom are already struggling emotionally. And I’d continue to work to make all high school classes demanding and fun, to lead students to a fulfilling sense of accomplishment that doesn’t require a national test to prove its existence.

I’ve been following the spate of teacher strikes with interest. West Virginia, Oklahoma, Kentucky, Arizona, Colorado, North Carolina – there’s a reason many are calling this “America’s Education Spring.” Too many think that this is just about pay. Pay matters, and I believe that teachers are generally underpaid, a problem that has grown in the last ten years.

According to the Brookings Institution, “[t]eachers in the U.S. are paid about 30 percent less than other comparably educated workers in the economy, and this gap is larger than most other industrialized countries. Combining these salary reductions with increases in health insurance premiums and contributions to retirement benefits—both of which have fallen more on teachers’ shoulders over the last decade—means that most teachers have significantly less in take-home pay than they used to. Though teachers have for a long time worked second jobs at a higher rate than other full-time workers in the economy, it appears that the pinch is inducing even more to moonlight—potentially to the detriment of their students.[1] “Nationally, teachers today are paid on average $60,483 annually—17 percent lower than America’s typical college graduates, according to a recent survey conducted by the National Education Association.”[2]

The numbers are worrisome. “Nationally, average teacher salaries are down nearly 5 percent after inflation is considered, and some states are down even further.”[3] By 2015 school funding had not returned to a pre-recession levels in 29 states.[4]  No wonder many striking teachers, like those in Arizona, demand not only a raise, but also increased school funding. And most of the states enduring state-wide strikes have teachers’ salaries set by the state, creating a laser focus.

But I suspect that there is more at work here than even these compelling numbers. The pressure on teachers has increased dramatically since my first teaching job in 1970. Accountability laws, helicopter parents, a wide range of student abilities and levels of achievement, and – too often – a lack of respect and support discourage some of the best teachers I know. People who still think teachers work a short day and a short year clearly have never been a teacher or had a teacher in their

When I was still teaching [and, admittedly, when schools were better funded in general], research suggested that teachers sought respect, decision-making about curriculum and policy, leadership opportunities, and recognition and appreciation of effective work. Changing school culture won’t replace decent pay, but it will enhance the best of what’s happening in schools.

As a nation we often give lip service to the importance of a public education. We need to fund our schools adequately, ensuring reasonable and competitive teacher pay as well as funding for materials and professional development to help teachers continue to grow and serve their students. We also need changes in school culture and the attitude of parents and the public toward teachers. Only then will teachers be empowered to be their best selves in the classroom, a key to helping students become their best selves.